skip to main | skip to sidebar

On September 28th we celebrated Lauren being seizure free for 2 years!!!!!  It is almost impossible to comprehend that it has been that long since we have seen her have any seizure.  It has been an amazing 2 years as we have watched her regain skills and progress to levels we never thought she would reach.  She still has her struggles cognitively but is doing so well.

We just got back from taking her out to Johns Hopkins to see Dr. Kossoff and team.  They followed her through the 2 years she was on the Ketogenic diet so they know her history very well.  Plus they see the rare seizure disorders and are so much more experienced in them then Primary Children's.  We wanted to get his opinion on what if anything we should do with her medication.  A lot of time at 2 years of being seizure free you can start weaning the medication.  We are sooo nervous about changing anything even though the medication never seemed to help much, the taking of it away always was hard for her.  She is currently on 3 seizure medications (felbatol, Keppra, and vimpat).  That is a lot of medication!

It was such a good visit with Dr. Kossof, I really love that place.  We had his first appt after lunch and when we were in the waiting room he came walking back from lunch and stopped because he had recognized us, he introduced his team to us and tried to give Lauren a hug.  It has been 3 years since we had seen  him, he is a world famous doctor in this field and sees so many children, I was shocked that he remembered us.  Not only that he remember details about her condition and things we had done over the years with her that were not in the notes.  Such an amazing doctor.

During the visit he wanted to know exactly what had happened and what we had done that could of made her go seizure free for so long.  We have often wondered why the doctors at Primary Children have not done this with us.   It is such an amazing thing that she went seizure free we would of thought that they would be using her for research and stuff.  I had one doctor at Primary's sort of ask what happened but nothing that extensive.  Dr. Kossoff wanted all the details, I guess the difference between a research hospital?

He then looked at a copy of an EEG we had done in August.  He brought in 3 pages of copies of concerned area in her EEG and explained them.  Said that overall her EEG looked good but that there were 3 spots where there are abnormal activity (all when she was walking up and going to sleep).  It showed that this syndrome is not gone but that it might be on the way out?


He then recommended that we start weaning Flebatol very slowly, just for the fact that she is on 3 drugs and that one being the most dangerous and hard on her body.  Then if that goes well in a year wean another drug.  He did say there was a small chance if she did loose control through doing this that we would never be able to get control of her seizure again.  But he thought that would be low and thought it would be best to not have her on so many drugs.  The job of these drugs is to slow the brain down to lower seizure thresholds.  When you are on 3 drugs slowing the brain down the effect is pretty high, plus the drugs are not the best for the liver/body(it has been amazing that she is doing as well as she is).  Especially when we don't know if these drugs are even doing anything because she has been on 2 of them when she was in a very bad seizure state.

I don't know what we are going to do right now, I am just sitting on the info.  I am very scared to change anything but know deep down it is worth a try?

Overall it was such an amazing visit and worth a 4 hour plan ride any day.   Just to have someone talk to you that deals with this on a daily basis, sees the long term, has such confidence and knowledge to share was so refreshing! 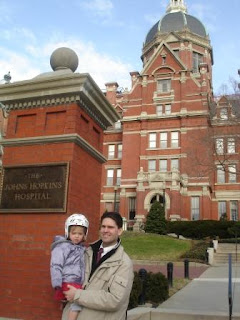 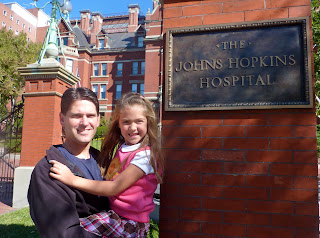 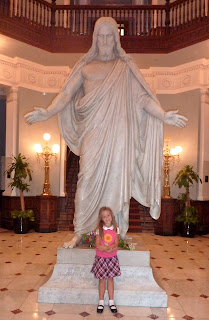 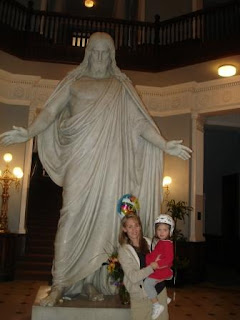 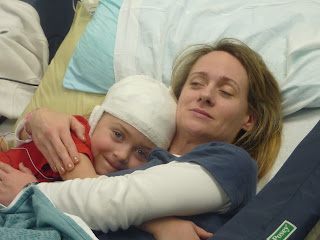 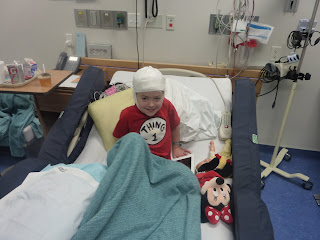 I have not posted forever! I know most people don't follow the blog anymore, but it is still a good place for me to keep a record of how Lauren is doing. Lauren is still seizure free! It has been 18 months since her last seizure! It is so still very hard to celebrate or believe it, always fearing it will return.

We did another overnight EEG at Primary Childrens recently. It was still very abnormal but showed no actual seizures. I guess I was hoping that this long without seizures her EEG might return to normal?! But I am really trying to focus on how she is doing now, which is great. She is still developmentally delayed but making great progress. She is talking so much and doing a lot of things we never thought she would. Overall she is such a joy and blessing in our lives! She is such a happy child! We still have moments where we just stare at her and are so amazed at where she.
Posted by Lauren at 8:01 AM 6 comments:

Yesturday I was looking at my dad's phone and found these videos of last year when Lauren was coming off the diet. She was in a bad state with her seizures, happening pretty constantly. It was so fun watching her eat the food and knowing what she ate for 2 years! We stopped the diet cold turkey because I wanted to try steroids or the ACTH. We were planning on starting the ACTH but the doctors changed their minds and didn't feel comfortable putting her on the ACTH. It took 9 months after this to find a doctor willing to try the ACTH on her.

It so amazing to see how far she has come since this video!

One Year Anniversary Being Seizure Free 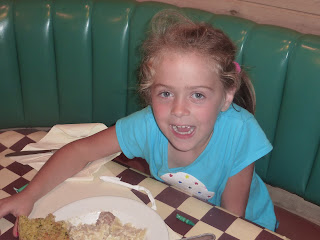 It was one year since Lauren had her last seizure!! We went out to eat tonight to celebrate. It has been such a miracle and we feel so blessed to have had such a good year with Lauren. We are hoping for more years of the same?
Posted by Lauren at 9:55 PM 5 comments: 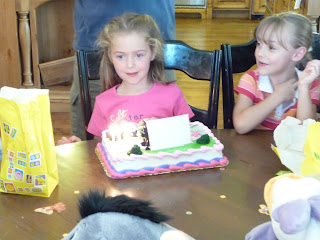 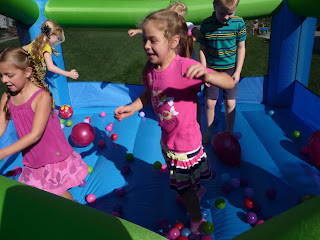 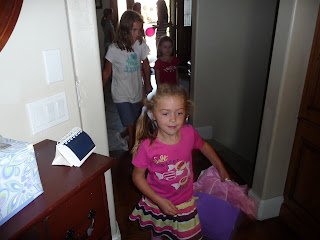 Happy 6th Birthday Lauren! Last Monday Lauren had a birthday party with 11 other kids in our neighborhood. We used all her party stuff we had from last year because her last birthday she was in the hospital and was unable to use it. What a difference this year! It is so amazing and unbelievable to me to see where she has come in one year!

Lauren is still doing amazing! Almost 9 month of no seizures! She just finished up Pre-school and will be going to the Special Needs Kindergarten in the fall. With school out we are increasing her therapy but she still has some time to enjoy summer.
Below is a video I put together going through these past few years. This song has always touched me, so I wanted to use it to tell Lauren's story. Just a little warning, there are some videos of her having seizures in it(in case you don't want to see that).


Things have continued to go really well for Lauren. She is going on 6 plus months of no seizures. Last week she had a Neurophysiological exam. It was a long afternoon of testing! We needed to get a feel of her IQ and other developmental stages so we can evaluate if she is regressing over the years. I know she is very behind developmentally but it was still hard to hear it and see to what extent this seizure disorder has taken on her. I think of it like a storm that has hit and now that it has past (for now) you can see all the damage the storm left. Overall we are just so happy for how well she is doing, we feel so blessed and thankful.

I signed her up for preschool soccer. I have been stressed about signing her up for this, thinking I was pretty crazy thinking she could do this. Lauren was so excited getting ready for her soccer game (she has 3 older sisters who play soccer). She wanted a bag for her ball and a water bottle like they take. I was so surprised at how she did. I guess I forgot at this age nobody knows what they are doing!!!! As long as she doesn't need to talk I think it will work out?
Posted by Lauren at 12:12 AM 3 comments: 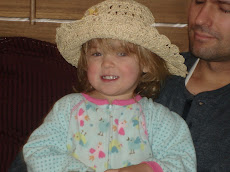